A day at Shibumi school

A day in one of the most revolutionary schools in the world, in Bangalore, India.

Posted by Marcial Galaxio at 08:26 No comments: 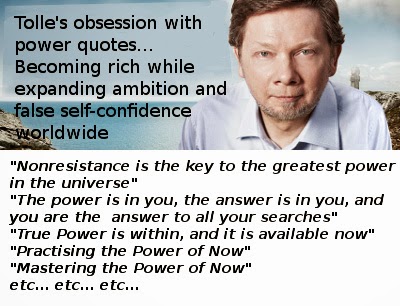 Conversation that took place somewhere about the Tolle subject, because right now this guy is already crossing the line and beating all the other famous distorters of Krishnamurti's teachings, like Osho, Ken Wilber, and the like. Before, he did not name K, but now he does.
He has gone a step further and has begun to interpret their texts ... and how!

Pablo: Marcial or Noe, do you know if what Tolle has cited about JK, is true?
"My secret is this," K said, "I do not care what might happen."
(follows a Tolle's explanatory text)

Susana Morales:
Great example of what is to distort the teachings ... he takes some K and describes and explains it in his own way ... thereby, that that was properly expressed by K, is left at the level of a circus guru ...
What a disgusting guy.

Marcial Galaxio:
I can not add anything to what was said by Susana. That story is true, and this guy is already worse than Osho. It is a full demon.
Now, why do I say this?
For those who do not get it right away in the first 4 sentences / pages of any of his works: this guy has an obsession with power. All Tolle's preaching can be summarized as: "If you do what I say, you will have more personal power."
But since he does not say it directly but in a very disguised form, it passes by. Let's see, in this example, how he deforms what K says.
K cared nothing about what might happen. That's the key. It is very clear. "Nothing" means "nothing". It does not mean "I will be-in-line-with-what-is ... etc etc etc for..." ... for what???
Well - according to Tolle - to ensure that "your actions become empowered by the intelligence of Life itself."

Let's see if you can see the difference; in the K's case he does not expect anything from life. In the Tolle's case, he expects that life should give great power to his actions.
Both are completely the opposite.
And this is reflected again and again throughout all his books. Wherever one opens a book of this faker will find the blessed word "power" which even is already associated with Tolle; for example, "The Power of Now", "masteringthepowerofnow.com" (now going offline) etc. etc.

This is extraordinarily easy to see, but even so, millions of his followers do not see it.
Why?
Well, because they themselves are far too ambitious.
They really want that what Tolle says was true. They want that power. Then they buy his books, pay to go to his lectures and seminars, do what he says, and end up at the antipodes of total freedom and the absolute humility of the "I do not care what happens"

Due to the insistence of Tolle in power, in this obsession he has and shares with his followers, and because of the saying of K: "Power is evil" is that Tolle deserves the epithets with which we qualify him.

The raw truth is that Tolle is doing a enormous harm to many people.


Posted by Marcial Galaxio at 09:18 No comments:

We "celebrate" the passage of the Moon by the Pleiades by sitting in silence, preferably together with trees, for 15-60 minutes.

A lot of things has happened during these meditations, recommended !!!
Global Time: http://goo.gl/C35DhH 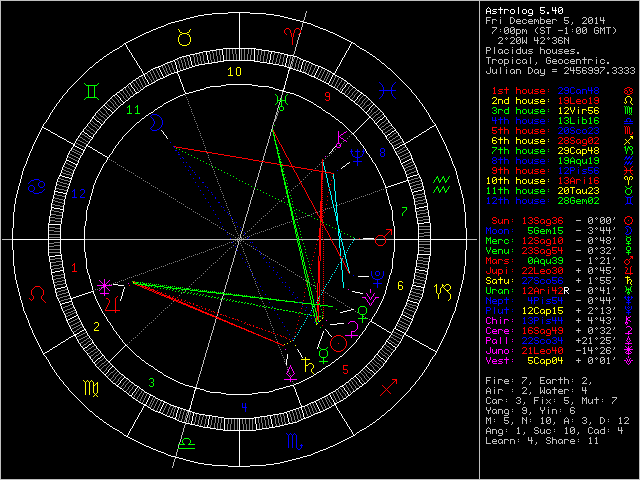 In Europe, Uranus will be at Medium Coeli at the time of the meditation
Posted by Marcial Galaxio at 07:14 No comments: