The interference of genetics factors on objectivity 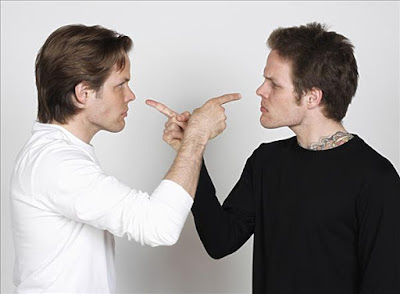 The vast majority of discussions are actually to define who has the best genes; the subject itself does not matter. This is particularly visible in political discussions. There is no real interest in seeing things as they are, but imposing what suits you best - that is, the survival of one's own genes at the expense of the other.


Then, when it comes to discussing the political issue at a table, that primary impulse mixes with "I see things better than you" - and therefore, my genes are better. The discussion becomes a verbal box match.

Conversation outside the realm of the genetic need to survive and compete looks different, more like scientific discussions, abstracts, and so on.But the genetic question even interferes in the scientific field, when there are bloody discussions on subjects for which there is no definitive proof.

Genetic competition is very primary, atavistic and clever to disguise itself as genuine non-egocentric interest.
Posted by Marcial Galaxio at 10:01